Biographical Dictionary of Africans: the real one!

"This is an historic event since it is the first dictionary of its kind written by one African."

And I can give faith that this is true! even I haven't met the author personally, Jean I.N. KANYARWUNGA, I know his wife from the Graduate Institute in Geneva, and the "seventeen years of strenuous research" are absolutely true. I have also read his semi-fictional book L'Envers du parchemin.

In a continent that needs to write its own history, the appearance of this 832 pages dictionary with more than 2,500 biographies is a great contribution.


Some have made history, others were victims, many are his creatures.

They are conquerors, politicians, writers, filmmakers, actors, athletes, musicians, artists, religious, saints, popes or humble citizens, whose fates are confused with that of their region, their country and their continent.


I understand the dictionary is just available in French in the meantime (only for 40,00 € !), but it seems that at some point will be also available in English. 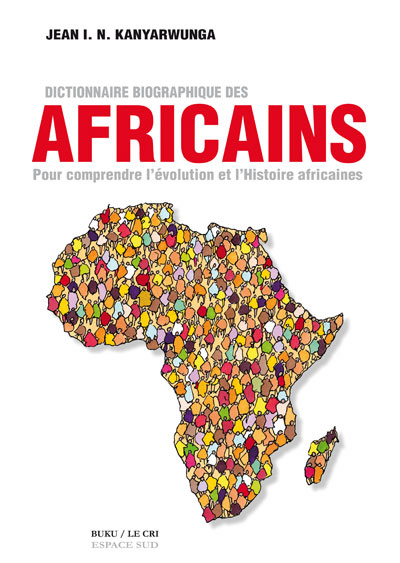